“The Linen God” in Egypt! 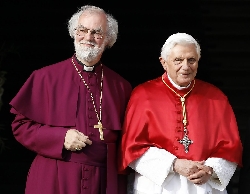 David Wolfe, who is heading up the Shroud Affair movie project, said: “For a long time the few trying to reconcile the conflict between the mass of data that supports the genuine antiquity of the Shroud and the single, suspect C14 test that has overshadowed it have felt as if we have been crying in the wilderness. To have Dr. Williams’ public endorsement and practical support for The Shroud Affair campaign and what it represents is a significant step forward. When will other academics have the courage to revisit this subject? If the image was purported to be a pharaoh or any another character from ancient history, academia would not rest until it had fathomed the nature of the image. As it is, the Shroud’s image remains a total mystery. What are they afraid of?

Dan Brown brought public attention to DaVinci’s Last Supper and the Knights Templar with his blockbuster “The DaVinci Code”. Let’s hope movie like Shroud Affair and books like The Linen God can do the same with the Shroud of Turin.