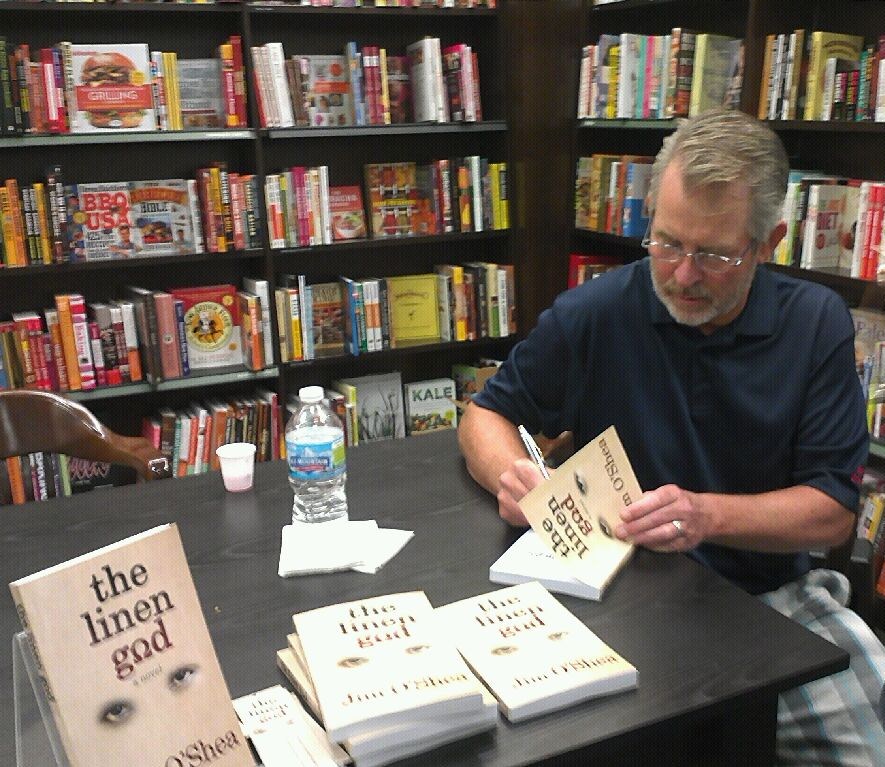 at the Barnes and Noble in Chesterfield

“The Linen God” by Jim O’Shea (Wayside Press, 282 pages, $11.44). “I still cannot believe you’re doing your doctoral thesis to prove that old piece of cloth is anything more than an old piece of cloth,” a woman complains to her friend, who’s obsessed with the Shroud of Turin. The mysterious shroud is at the center of a thriller by Chesterfield author Jim O’Shea. 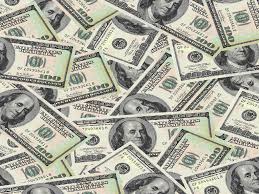 For a limited time, you can receive special introductory pricing on my new thriller, “The Linen God”. See link below for discounted pricing for paperback, Kindle and Nook versions!!

Check out the latest in Doug Peterson’s Underground Railroad series, The Vanishing Woman

In 1848, Ellen Craft became invisible.Ellen, a slave from Macon, Georgia, took trains and steamboats north, but the people all around couldn’t see her. They saw only a white man.Ellen Craft’s mother was a slave, but her father was her master, and she had skin as white as his. So she posed as a white man, while her husband William posed as her slave. Ellen vanished, and she became William Johnson – an ailing gentleman seeking medical treatment in Philadelphia.The Vanishing Woman is based on a true story – one of the boldest escapes in American history. It was an escape driven by prayer, audacity, and the desire for family. William and Ellen knew they could never have children until they were free, so they embarked on the greatest of escapes, running a thousand miles to freedom.Their incredible story riveted a nation, and it put the Fugitive Slave Act to the test, bringing attention to their plight all of the way to the White House. The ultimate irony: The invisible woman became one of the most visible symbols of freedom in 19th Century America.

Much is written about the famous end-time Biblical prophecies of Jesus, Daniel, Isaiah, John of Patmos (Revelation), etc, but what about a lesser known prophet by the name of St. Malachy?

Born in 1094 A.D. in Armagh, Ireland, Saint Malachy (also known as: Maolmhaodhog ua Morgair), was canonized the first Irish Saint in the Catholic Church by Pope Clement III in 1190 A.D.  He died on November 2, 1148 in Clairvaux, France….just as he had predicted!

While on a pilgrimage to Rome in 1139, the 12th century Irish monk had a prophetic vision for all remaining popes in Church history, using enigmatic phrases to describe each….phrases that proved to be incredibly accurate. In his prophecy, Malachy referred to the 112th and final pope as Petrus Romanus, or “Peter of Rome”.

At first glance, there is no obvious connection between the recently canonized Francis I (the 112th pope) and Petrus Romanus. However, one does not have to look far to find one!

Francis I (the former Cardinal Jorge Mario Bergoglio of Argentina), named himself after St. Francis of Assisi, an Italian, or Roman, priest whose original name was Francesco di Pietro (Peter) di Bernardone. And, although Jorge Mario Bergoglio was born and raised in Argentina, he is actually the son of Italian parents! Peter the Roman?

Bizarre coincidence? Or is Francis I, in fact, the final pope in Church history? If so, what follows?

My new book, “The Linen God”, examines such a frightening scenario, providing a chilling view of what we could all witness in our lifetimes. 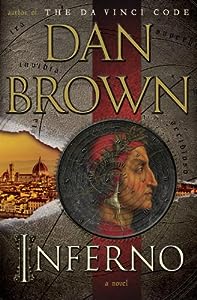 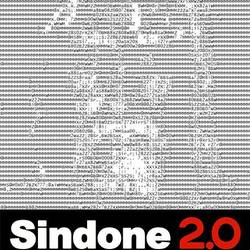 One of the best-known religious artifacts in history, is now an iTunes app.

Sindone 2.0 is the creation of the Haltadefinizione® company based in Novara, Italy, and has been authorized by the Turin Archdiocese and in collaboration with the Diocesan Commission for the Holy Shroud and the Holy Shroud Museum.

This unique application allows the user to examine the Shroud of Turin in detail, providing access to high definition photographic images almost invisible to the naked eye. The digitalization process employed by Haltadefinizione® has also been used on artwork such as the Last Supper by Leonardo, and the most famous paintings by Botticelli. It comprises 1649 snapshots assembled into one single 12 billion pixels image, held in a 72 Gigabytes file, corresponding to the content of 16 DVDs.
For the first time in history, the secrets of the Shroud are available to the whole world, as each detail of the cloth can be magnified and visualized in a way which would otherwise not be possible. For a fee of 3.50 euros, Sindone 2.0 provides an even greater resolution. The free application also includes data sheets covering the history of the Shroud and the many detailed scientific investigations conducted.

For more information, go to: http://www.haltadefinizione.com/en/news/145-the-holy-shroud-a-provocation-to-intelligence-mirror-of-the-gospel-introduction-of-the-valuable-volume-with-the-images-by-haltadefinizione.html

For centuries, scientists scoffed at biblical accounts of cities and peoples for which there was no historical record or physical evidence. However, over the past 200 years, archaeologists have uncovered proof of the existence of many. Cities previously thought to be fabricated by biblical writers include:

Each has been since verified to be real places and most have been substantially excavated. Examples of biblical people verified by historians and archaeologists are even more numerous.

Famous archaeologist William F. Albright wrote,”The excessive skepticism shown toward the Bible by important historical schools of the eighteenth and nineteenth centuries has been progressively discredited. Discovery after discovery has established the accuracy of innumerable details, and has brought increased recognition to the value of the Bible as a source of history” ( The Archaeology of Palestine, 1960, pp. 127-128).

The Shroud of Turin has suffered a similar fate, especially over the past 25 years. Scientists have frequently scoffed at the infamous relic, referring to it as “a Medieval forgery” because of a highly questionable 1988 carbon dating test. However, consistent with what believers have been saying for centuries, researches now claim to have scientific evidence that the Turin Shroud dates to somewhere between 280 BC and 220 AD.

Professor Giulio Fanti and his research team at the University of Padua in Italy reports the results of some chemical and mechanical tests they performed which they claim “confirms that the Shroud dates back to the 1st century.” The “Vatican Insider” has chimed in as well. Below is an excerpt from their article.

“The research includes three new tests, two chemical ones and one mechanical one. The first two were carried out with an FT-IR system, one using infra-red light and the other using Raman spectroscopy. The third was a multi-parametric mechanical test based on five different mechanical parameters linked to the voltage of the wire. The machine used to examine the Shroud’s fibres and test traction, allowed researchers to examine tiny fibres alongside about twenty samples of cloth dated between 3000 BC and 2000 AD.
“Final results show that the Shroud fibres examined produced the following dates, all of which are 95% certain and centuries away from the medieval dating obtained with Carbon-14 testing in 1988: the dates given to the Shroud after FT-IR testing, is 300 BC ±400, 200 BC ±500 after Raman testing and 400 AD ±400 after multi-parametric mechanical testing. The average of all three dates is 33 BC ±250 years.
“The tests were carried out using tiny fibres of material extracted from the Shroud by micro-analyst Giovanni Riggi di Numana who passed away in 2008 but had participated in the1988 research project and gave the material to Fanti through the cultural institute Fondazione 3M.”

Bottom line, concerns about the original carbon dating tests appear to be valid, and the famous burial shroud of Christ may soon join a long list of cities and peoples long believed to be fairy tales…..yet turned out to be real!